In April 1980, after gaining its independence from Britain, Zimbabwe adopted a new Constitution and held its first democratic elections. Robert Mugabe of the Zimbabwe African National Unity (ZANU) party won the presidential election and held the post for decades. Soon, a seven-year armed conflict erupted between the new government and opposition forces, consisting of pro-independence armed units who contested Mugabe’s rule and held Joshua Nkomo of the Ndebele minority to be the nation’s true leader.

Tensions grew between the predominately Shona fighters in the Zimbabwe African Nationalist Liberation Army (ZANLA) of ZANU and the predominantly Ndebele fighters of the Zimbabwe People’s Revolutionary Army (ZIPRA) of the opposition Zimbabwe African People’s Union (ZAPU), with human rights violations committed by both sides. Outbreaks of violence escalated in early 1982, with armed bandits and anti-government dissidents emerging in the ZIPRA-dominated Matebeleland region, where they killed and robbed civilians and destroyed property.

The ZANU government responded with a double attack in Matabeleland. The first was by the 4th Brigade, the 6th Brigade, the Paratroopers, the Central Intelligence Organization (CIO), and the Police Support Unit against the dissidents. The second was by the 5th Brigade, the CIO, and the Police Internal Security and Intelligence (PISI) unit against ZAPU and its civilian supporters. The 5th Brigade was responsible for mass murders, beatings, and destruction of property in northern Matabeleland. During the conflict, its soldiers raped, tortured, starved, detained, and killed and buried in mass graves an estimated 20,000 civilians. The conflict ended in 1987 with ZAPU joining Mugabe’s ZANU in a Unity Accord, forming the Zimbabwe African Nationalist Union Patriotic Front (ZANU-PF). Mugabe assumed leadership of ZANU-PF and retained his position as head of state.

Since ZANU-PF’s formation, the CIO has actively suppressed the opposition in Zimbabwe. Acting as political police, the CIO has arrested, tortured, detained, and allegedly murdered any real or perceived political threat. It has also been blamed for shooting opposition leader Patrick Kombayi days before the 1990 general election. Furthermore, Zimbabwe’s Parliament has passed several laws aimed at restricting public protests and opposition, such as the Public Order and Security Act (POSA) of 2002, which banned public demonstrations, and the Access to Information and Protection of Privacy Act (AIPPA) of 2003, which restricted the media.

Zimbabwe’s attempts at transitional justice have included state-run truth commissions, prosecutions launched by both civil society organizations and the state, land redistribution, and a national healing, reconciliation, and integration agency. However, the government has not reformed the country’s repressive institutions nor purged well-known perpetrators of human rights abuses. Furthermore, Parliament has not amended the country’s most oppressive pieces of legislation.

In 1992, the attorney general’s office attempted to bring charges against CIO members involved in the attempted murder of Patrick Kombayi. The investigations produced two suspects: Elias Kanengoni, who was a CIO officer at the time, and Kizito Chivamba, who was the ZANU-PF member of parliament for Chiwundura. Kanengoni and Chivamba were tried and convicted for attempted murder, only to be pardoned by President Mugabe.

Civil society organizations, such as the Zimbabwe Human Rights NGO Forum, have brought civil lawsuits against alleged perpetrators of human rights violations. Since the attorney general’s office represented the defendants (mostly ZANU-PF supporters and state agents) in the lawsuits, most cases were settled either out of court or in High Court rulings. Some consider these lawsuits as victories for transitional justice in Zimbabwe because they acknowledge the occurrence of human rights violations in the country. Although the victims and their families represented in the civil lawsuits have received some compensation, this amount has been nominal and amounted to nothing due to extremely high inflation rates.

The Chihambakwe Commission of Inquiry was established in January 1984 to investigate the atrocities committed at Matabeleland in 1983, which included the killing of 1,500 political dissidents and civilians. The four-person commission took statements in Bulawayo, with hundreds of people coming forward to testify. The commission’s findings and recommendations were never made public by the government due to fears that they would spark violence over past wrongs.

In the face of state efforts to conceal the truth, two Zimbabwean human rights organizations, the Catholic Commission for Justice and Peace and the Legal Resources Foundation, independently produced a report in 1997 entitled Breaking the Silence, Building True Peace. According to the report, the government enforced widespread curfews in response to the increasing banditry in Matabeleland, detained individuals without trial, and illegally searched residential homes. The government also failed to distinguish between civilians and dissidents. The report noted that in April 1983, Mugabe openly supported the indiscriminate nature of the attacks, stating, “We eradicate them. We don’t differentiate when we fight because we can’t tell who is a dissident and who is not.”

The report highlighted the crimes of the 5th Brigade, including the deliberate shooting of 62 men and women in Lupane on 5 March 1983 and the live burning of civilians by torching their huts in Tsholotsho and Lupane. The report concluded that the 5th Brigade was following orders when it targeted civilians because there was a pattern of similar attacks throughout the region. The findings were based on written records from the 1980s, medical records, evidence collected from investigating graves and mine shafts, and testimonies collected from people in the 1990s.

An uncontested truth about Zimbabwe’s past is the confiscation of land belonging to black Zimbabweans by British colonialists. Following independence, the government hoped to implement a land redistribution program aimed at returning to the black majority their ancestral land. Early attempts at land redistribution were delayed first on constitutional grounds and later due to fears that land reform would jeopardize negotiations with South Africa following Nelson Mandela’s release from prison. It was understood that land reform in Zimbabwe might cause South Africa’s apartheid regime to fear that similar demands for land reform would be made by black South Africans. Slow land redistribution led to land invasions, starting in 1997, when black Zimbabweans in Svosve invaded farms owned by white commercial farmers.

Despite government efforts to remove the land invaders in Svosve, war veterans who felt entitled to the land for fighting for Zimbabwe’s independence took up land invasions in 2000. With Svosve at the forefront of the invasions, war veterans started a “liberation” war, called Chimurenga. Thirty white landowners were killed in the Chimurgenga and their land was confiscated. Other whites and farm laborers were reportedly assaulted and tortured. ZANU-PF and the political opposition viewed land redistribution as economic justice. After its electoral victory in 2000, the ZANU-PF government implemented a fast-track land redistribution scheme that also legalized land invasions.

In 2009, the government established the Organ on National Healing, Reconciliation and Integration under Article 7(c) of the Global Political Agreement (GPA). The GPA urged the government to consider “the setting up of a mechanism to properly advise on what measures might be necessary and practicable to achieve national healing, cohesion and unity in respect to pre- and post-independence political conflicts.” The organ was tasked with establishing mechanisms aimed at dealing with the past and determining which transitional justice mechanisms should be pursued in order to achieve national healing, reconciliation, and cohesion. According to its findings, most Zimbabweans want accountability for past wrongs, including colonial crimes and Mugabe-era violations.

Presidential amnesties have prevented prosecutions of perpetrators of human rights violations, such as ZANU-PF members, CIO agents, the army, and the police. The attorney general declined to prosecute ZANU-PF members accused of committing acts of vandalism, murder, arson, and rape during the run-up to the 1985 general elections even though there was sufficient evidence. Perpetrators involved in the violence that erupted during post-2000 elections were also granted presidential amnesties before the cases were concluded.

In 2003, a group of Zimbabwean and Canadian lawyers filed a draft indictment with the Canadian justice minister asking him to charge President Mugabe under the Canadian Crimes Against Humanity and War Crimes Act. In 2006, Canadian Justice Minister Vic Toews quashed attempts by a parliamentary committee to indict Mugabe due to his immunity as head of state and in the absence of a link between the victims and Canada.

The Zimbabwean government has not implemented an official reparations program. The only victims compensated were those represented by various civil society organizations in civil lawsuits. Furthermore, the compensation packages were nominal and eroded by Zimbabwe’s high inflation rates.

The Chihambakwe Commission of Inquiry is seen as a failed truth-seeking effort due to the government’s refusal to make the commission’s findings and recommendations public. The government also did not endorse the Catholic Commission’s unofficial report, findings, and recommendations. The only “reform” came in 1998 with the relocation of the army brigade associated with the killings in Matabeleland.

Although Zimbabwe has been a signatory to the Rome Statute of the International Criminal Court (ICC) since 17 July 1998, it has yet to ratify the statute. Therefore, the ICC lacks jurisdiction in Zimbabwe. At its 38th Ordinary Session, the African Commission on Human and Peoples’ Rights (ACHPR) issued the Resolution on the Situation of Human Rights in Zimbabwe, which condemned the human rights violations perpetrated in Zimbabwe. However, the African Court on Human and Peoples’ Rights has yet to receive a case or issue an advisory opinion on the human rights abuses in the country.

African Commission on Human and Peoples’ Rights, “Resolution on the Situation of Human Rights in Zimbabwe,” http://www.achpr.org/sessions/38th/resolutions/89.

Catholic Commission for Justice and Peace in Zimbabwe and Legal Resources Foundation, Breaking the Silence, Building True Peace: A Report on the Disturbances in Matabeleland and the Midlands, 1980-1988 (1997). 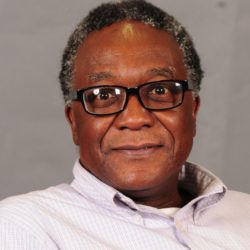 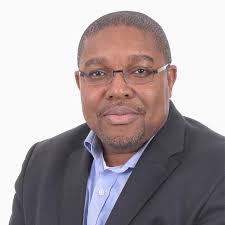 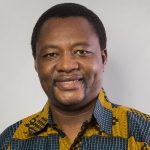 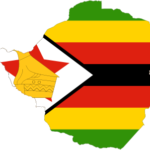 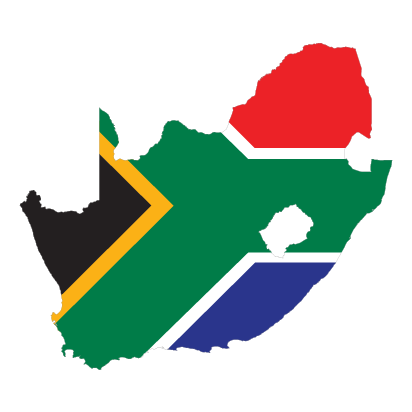